Joan Mir picked up his second podium of the season at the weekend’s Grand Prix of San Marino, finishing third at Misano as Rins finished fifth.

It had been Rins that was in the podium fight early on, battling for third place and with what looked like the pace to secure the position, but passing Valentino Rossi is no easy task. 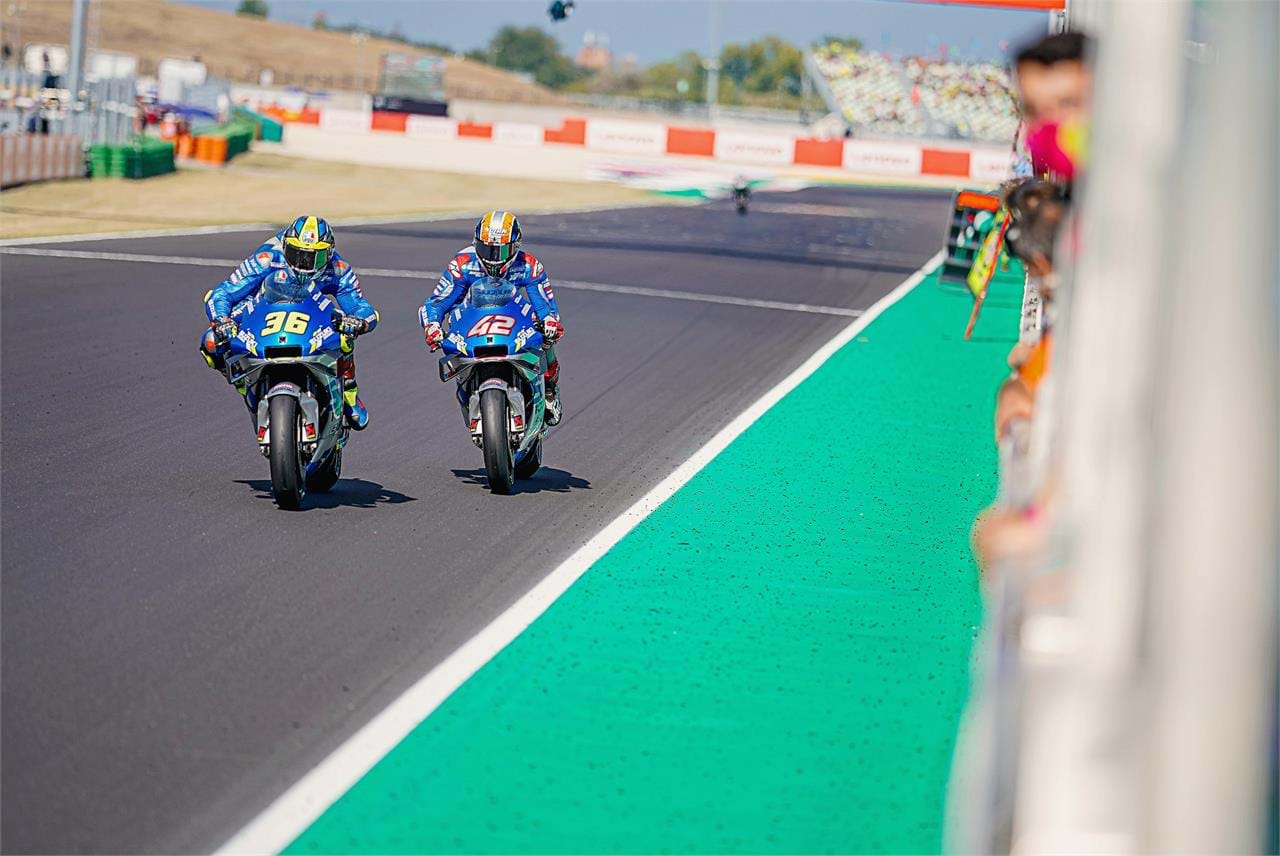 Mir, coming from slightly further behind, brought himself into podium contention in the latter stages, and as Rins began to struggle with his shoulder, coupled with a mistake in the final corner starting the last lap, Mir was able to pass his teammate and chase Rossi in front.

The young Spaniard, who took his first MotoGP podium at the Austrian Grand Prix and arguably should have won the second race at the Red Bull Ring for the Styrian Grand Prix, executed an inch-perfect pass on the nine-time world champion on the final lap to claim third. The result moved him to fourth in the championship, 16 points adrift of top spot. 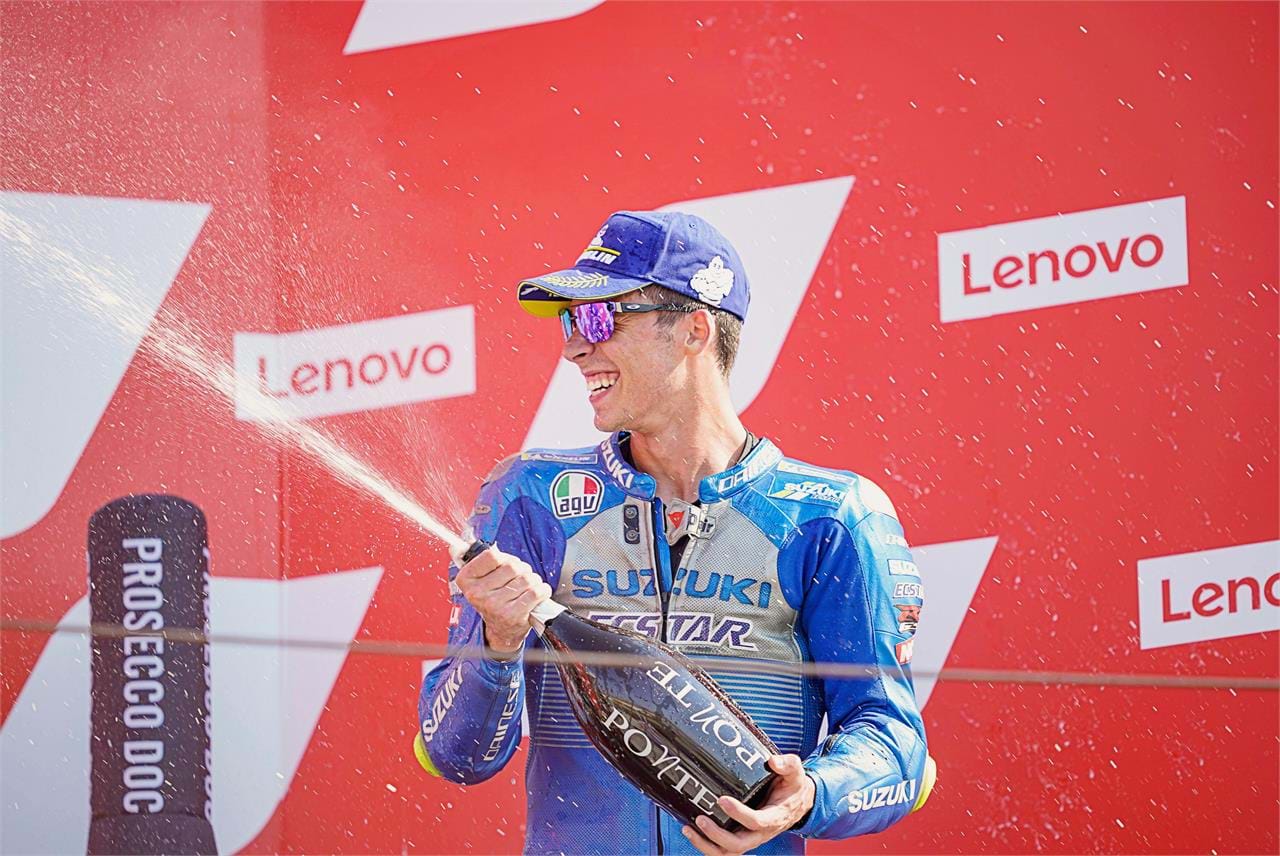 Mir said of his second MotoGP podium, “I’m really happy. I wasn’t as strong here as I was in Austria, but I’m on the podium anyway so that’s good news. I really enjoyed the end of the race, and it was exciting to make that final overtake! I knew I could do it at that corner so I was confident.

“I was aware that I would struggle a little bit on the first laps with the fresh tyre but my pace with the used tyre was a lot faster, and I felt great with the bike, so I managed to take advantage of that. We’re going to work in the test on Tuesday and be ready for next weekend.” 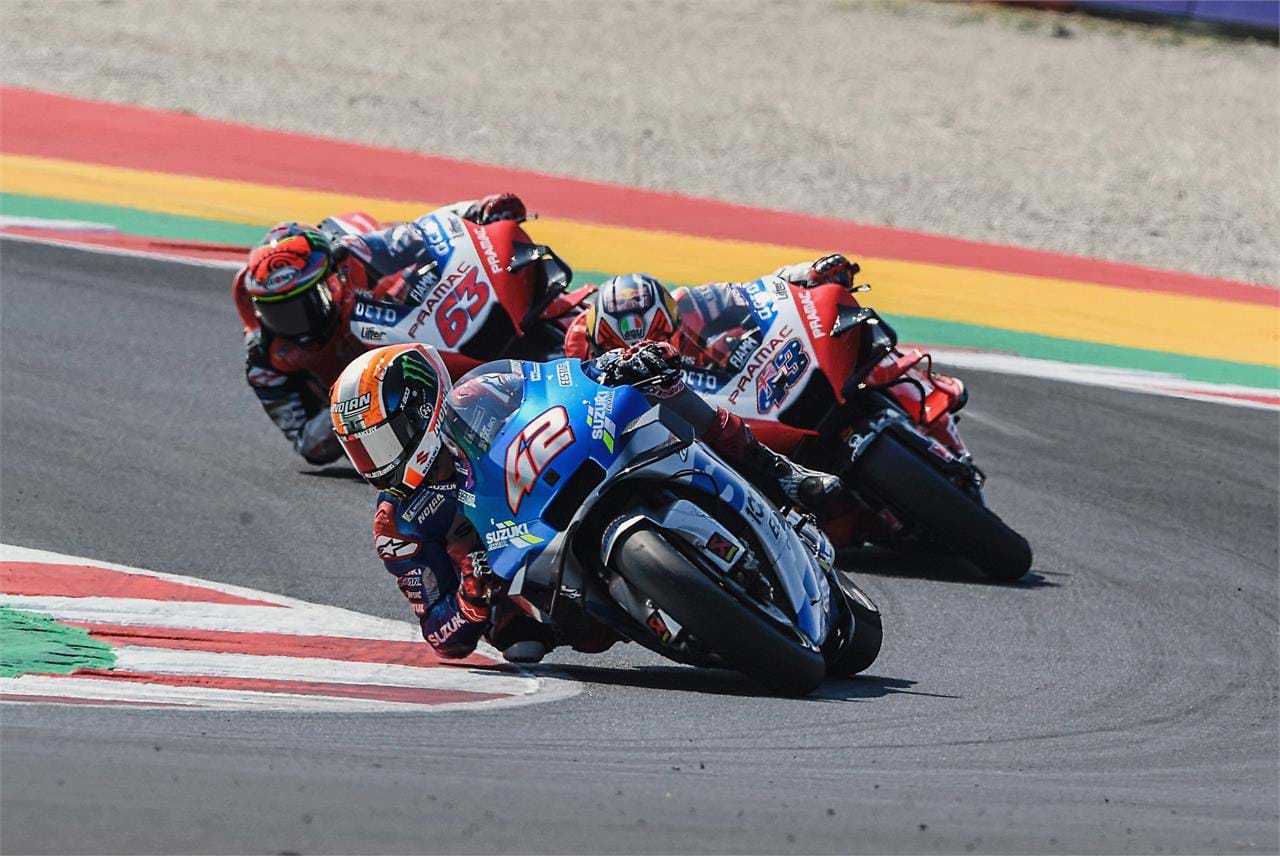 Rins commented on his weekend, saying, “Today’s race was hard for me. In the first and middle parts of the race I was feeling confident and I had good pace and a good feeling with the bike. When I could see the podium getting closer I really pushed myself a lot and I began to have some problems with strength in my right arm due to my shoulder injury, so it was very tough to continue fighting.

“In the end, with a couple of laps to go, I was just trying to get through it and get a good position. I’m happy with fifth because the points are good, but for sure I’ll hope for more next time out.”

Team manager Davide Brivio added, “We’re very happy to get another podium. It was great to see both our GSX-RRs at the top and keeping really competitive pace, and I think with stronger grid positions we could’ve had even better results.

“Joan recovered really well and he had a great last lap to earn a deserved podium, and also Alex did a really good race with unbelievable pace until the problem with his arm, so he was also impressive. We’ll try to bring this competitiveness into next weekend. Thanks to all the team for their hard work.”