Buildbase Suzuki has announced that Christian Iddon will race a GSX-R1000R superbike in the 2022 Bennetts British Superbike Championship, alongside former Moto3 world champion Danny Kent, who remains with the team for a second consecutive season.

Iddon, who finished fourth in last season’s championship standings after a brace of wins and an 11 further podiums, returns to the Japanese manufacturer after campaigning GSX-R machinery in 2015.

He will partner Kent in the official Suzuki superbike squad, who is looking to build on the positives from an injury-curtailed 2021 season that saw him take his maiden British Superbike podium at Thruxton, before a fractured and dislocated hip sustained at Donington Park cut short his year. 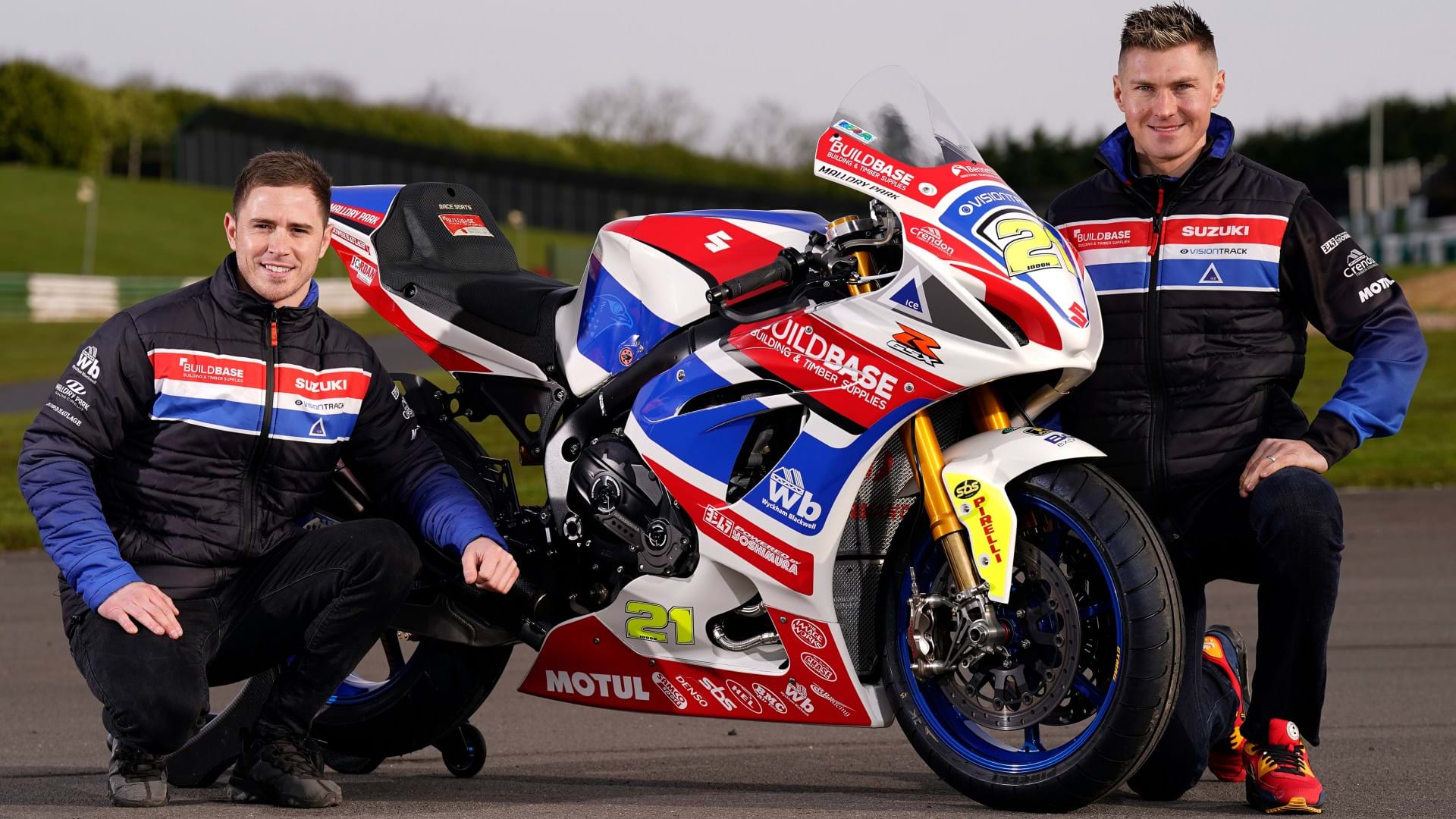 Iddon said, “To be honest I was surprised to find myself looking for a ride, going into the winter, but things always seem to fall into place and I’m really pleased to be joining Buildbase Suzuki and Hawk Racing. I think we’re cut from similar cloth in that they love their racing, they’re very passionate about it, and they just quietly get on with it. I also think the team is underrated by a lot of people – though not by me – despite their achievements, and they don’t always get the recognition they deserve. But, you only have to look at the races and championships they’ve won and how they always get the best out of their riders to know it’s a great team. So I think we’re well-suited to each other.

“And I think we can mount a serious title challenge. That’s got to be the aim, to be champion can only ever be the aim. Of course that’s not easy with so many bikes so close on performance and good riders on the grid, but if we get the best from the bike and from me we can have a go.

“Even though it was the previous bike that I raced before, I know the Suzuki is known for having a compliant chassis, and from being on track with the new bike over the last couple of seasons I can see where it’s strong and I know it’s fast enough. We need to focus on making it consistently competitive, and improve at some of the circuits where it’s struggled in the past. But first I’ve got to find my feet and get comfortable as quickly as possible. I’ll hopefully get out on a race-prepped GSX-R before official preseason testing gets underway, but there are enough official tests to get up to speed. I’m looking forward to getting started.”

Danny Kent, “I’m really grateful to Steve and Stuart [Hicken] for giving me another year with the team. Obviously I missed the whole second half of last season with the injury, but we definitely saw some positives in the first half of the year, the podium at Thruxton being the stand out. But, it was my first full year on a superbike and I felt I was adapting more and more and the potential was definitely there. I was gutted to miss the second half of the year, especially as I could see the development of the bike and the improvements the team were able to make that resulted in a couple of wins.

“My hip is getting better. It’s not at 100% but it’s going in the right direction. A lack of strength is the biggest thing; the muscles have deteriorated and it feels weak, I can’t apply the same force, but I’m working with Loughborough University and I have seen a significant improvement. But it was a complicated injury – I was bed-bound for a week waiting for an operation, as they could put it back in place but it kept falling out because of the fracture – and I have to see specialists every three months for the foreseeable future. I’ve not ridden a bike since, though, so I’m looking forward to riding in February, hopefully, and getting some laps in on a superstock bike to get comfortable again and get up to speed. No matter what training you do nothing compares to riding a bike, so that’s going to be important.

“I’m looking forward to having Christian [Iddon] as a teammate. He’s been a serious championship challenger for the last couple of years and there aren’t many better riders for me to learn from. He’s one of the most established riders in the paddock, he’s got lots of experience and he’ll be a podium challenger, so I think it’s a great signing for the team. I’m excited to get going.” 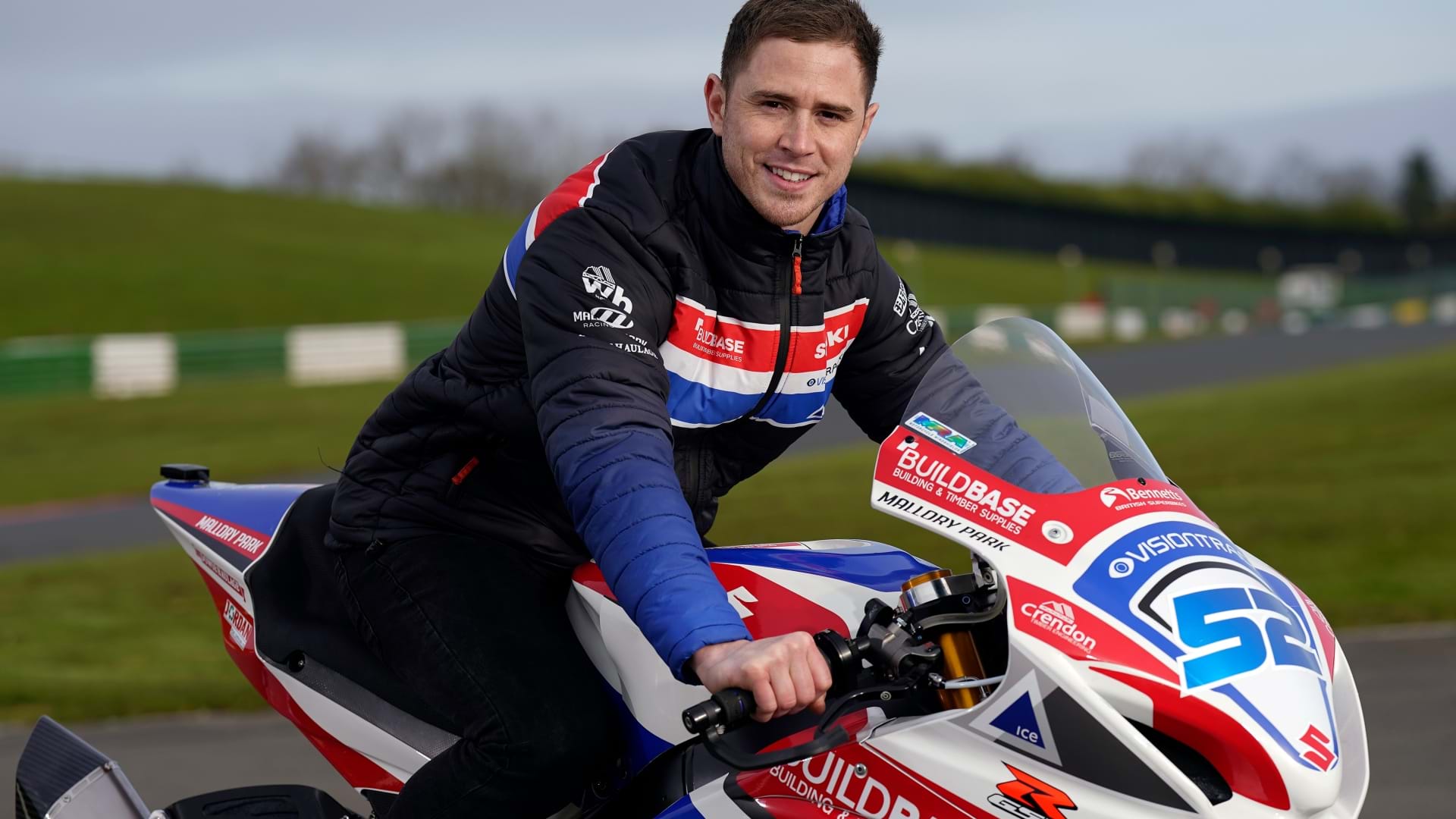 Steve Hicken, Buildbase Suzuki team manager, “It’s been a tricky winter, with it looking like plans were in place, but things change and we’ve had to adapt but ultimately I think it’s worked out well for everyone involved. Christian is obviously one of the most talented riders on the grid, and was still in with a chance of winning last year’s championship up until the final round, so he’s definitely shown his pedigree in BSB and, even though the GSX-R has moved on a lot since 2015, he has previous experience and understands the basic Suzuki DNA. If we can get him up to speed nice and quickly on a bike we’ve won races on every year, there’s no reason he can’t challenge at the front again.

“Danny was really unlucky last year. He was still adapting to riding a superbike and we’d made lots of progress with him, and there were plenty of glimpses of his potential, the highlight obviously being his podium at Thruxton. His injury was disproportionate to the fairly innocuous crash that caused it, but he’s working hard on his recovery and we’re confident we can keep building on the positives from last year.”

The opening round of the 2022 Bennetts British Superbike Championship takes place on the Silverstone National Circuit on 15-17 April.